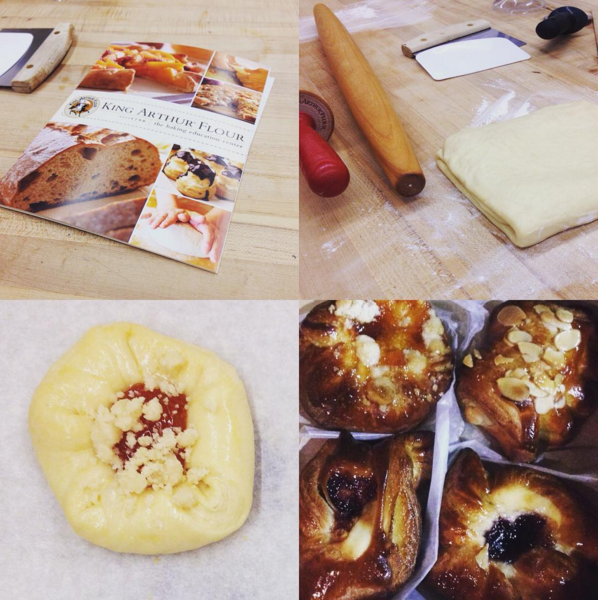 This weekend, I took my first ever class at King Arthur Flour. You may notice a distinctly pastry-oriented slant to this week’s TWIL.

Things I learned this week.

Last week I stumbled across a post by Diana Kimball on Medium, encouraging readers to “Write About What You’ve Learned Lately.” It was good timing—I’m taking two web development classes this semester and TA-ing for a third, so I’m happily up to my ears in learning about some of my favorite things. In the spirit of, as Diana writes, “celebrat[ing] the process of learning itself, implicitly inviting others to do the same,” here’s my first edition of This Week I Learned (TWIL): 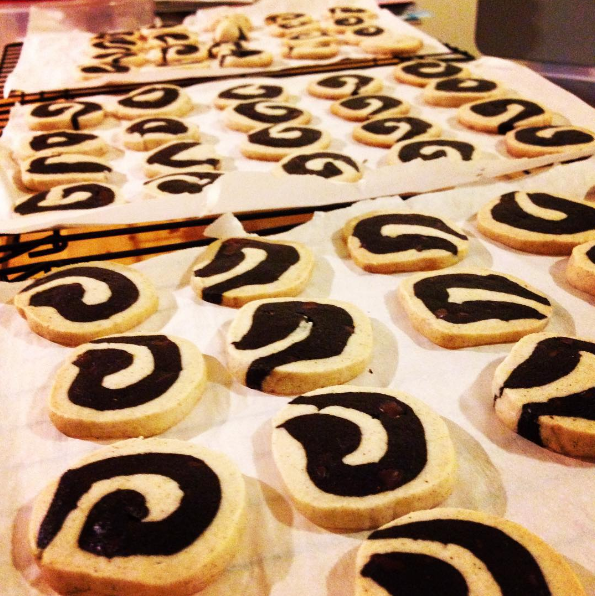 How often does a loaf of bread BLOW YOUR MIND?

A few weeks ago, I stumbled across the Great British Bake Off on Netflix and fell in love. Compared to American reality television, everyone’s so nice! Bakers who are kicked off at the end of an episode get hugs and “I’m sorry” and “you’re going to be great!” instead of “pack your whisks and go” or “give me your apron.” It’s the best.

Also: the food looks amazing. Especially the food from this episode, which introduced me to the wonder that is povitica.

Povitica is (apparently) a “Eastern European sweet bread [that] is traditionally served at Christmas, but [that] makes a delicious tea time treat at any time of the year.”

It’s also one of the coolest-looking breads I’ve ever seen. Check this out:

I did some obsessive googling after watching the show and found out that some of the most well-known povitica in America comes from a bakery not too far from where I grew up. The bakery shows off how it’s made in this video:

After waffling a bit over whether I could ever roll dough that thin and how I would possibly find space on my apartment countertops and if I’d be able to spread out the filling and roll up the dough without making a giant mess, I decided last night to give things a shot, using the quarter version of this recipe (the full version makes FOUR LOAVES, so be careful, there).

I don’t think I’ve ever been as proud as when I pulled this out of the oven: 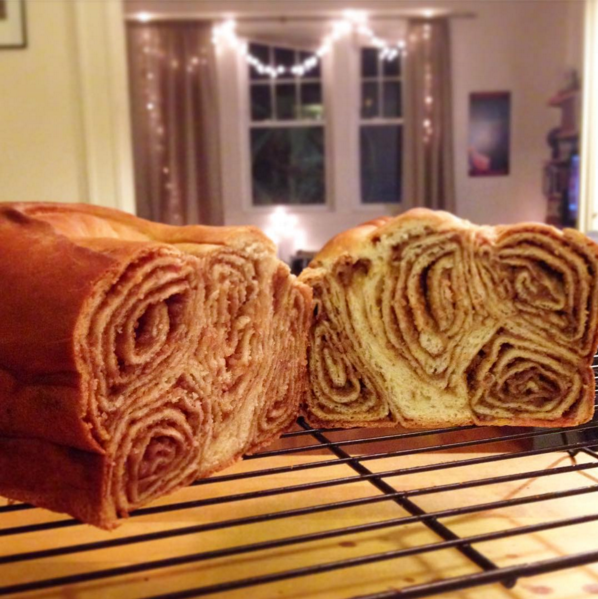 Did I say vegan gluten free pumpkin maple oatmeal bread? Why yes, I did! 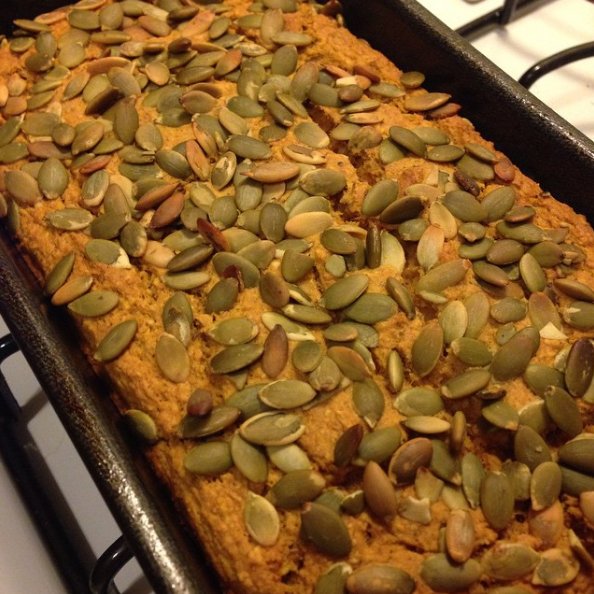