I admit it: I haven’t been paying much attention to U.S. politics since I left the States (I even had to steal this entry’s title from my friend Jack; the other choice was “Fade to Purple” from my local paper). That said, I’m exceedingly proud that Kansas (my staunchly conservative, heart-of-the-heartland home state) voted resoundingly Democrat in this week’s midterm elections. In celebration of this and of the Dem takeover of both the House and the Senate, I thought I’d avoid any sort of political commentary and post a series of romantically compromising pictures of George Bush instead. Isn’t he just loveable? 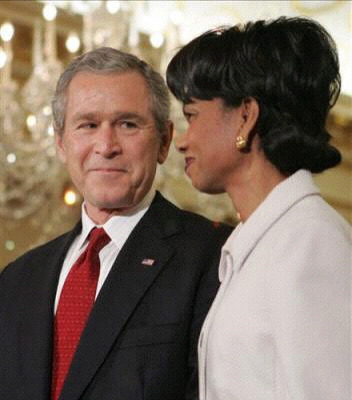 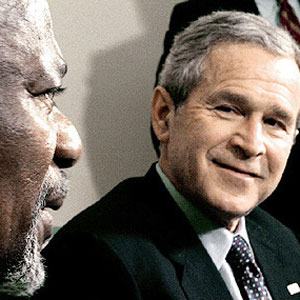 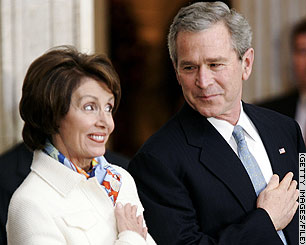 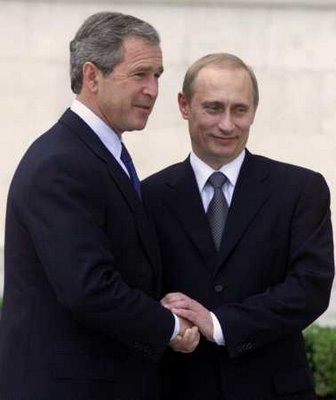 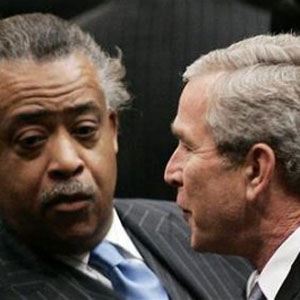 Bush and Al (Sharpton, not Gore…in case you’re in need of clarification)