Chilies + vinegar + garlic = something I really hope Dan will eat, because it’s way too spicy for me.

A New York Times article on homemade hot sauces burrowed itself into my thoughts nonetheless, though, which is why I found myself stirring a boiling pot of chilies today while trying not to breathe in too many vinegar fumes.

A ton of recipes exist for homemade Sriracha, ranging from a Paleo version with jalapeños and honey to a fermented version using xanthan gum for thickening. Some need a week of fermentation, others a few days in the fridge to let the flavors meld, and others are ready to go as soon as they’re cool.

Given the amount of variation in these recipes—fresh fresnos, red and green jalapeños, ground habañeros, bell peppers, dried anchos—I figured I’d be good using a bunch of Thai chilies that have been hanging out in my freezer for a while, a handful of dried chilies (type unknown) I discovered in my cabinet, and half a red bell pepper I found in my fridge. Rather than measure or weigh them and use an actual recipe, I decided to wing it: 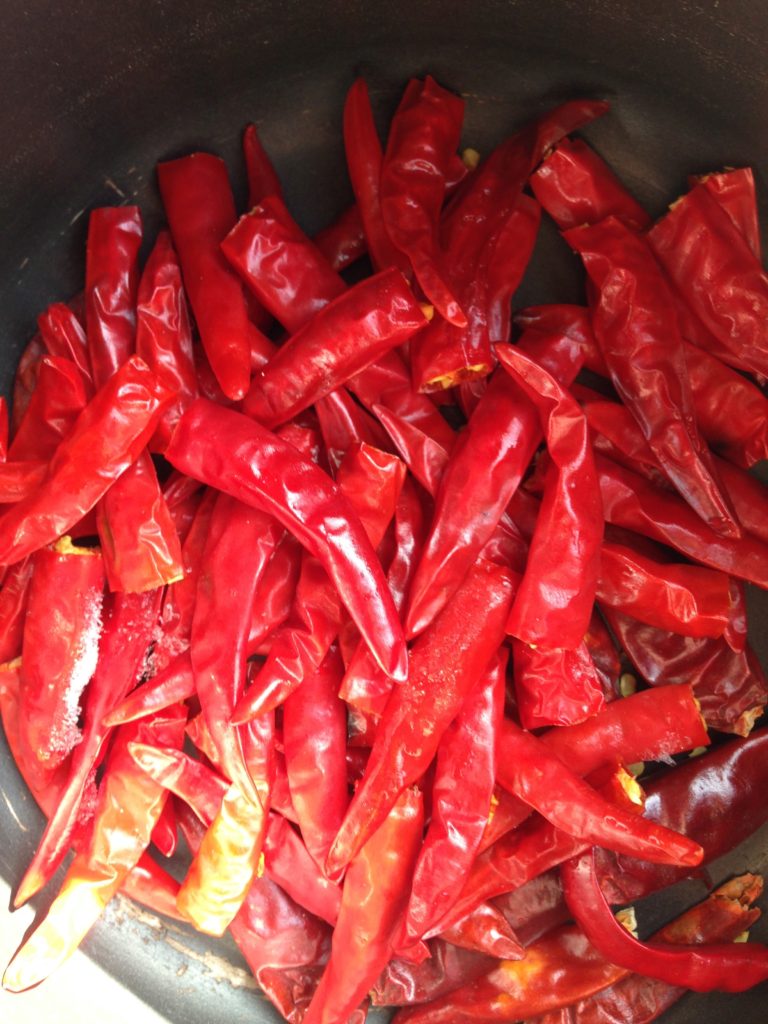 Step two: Add a few chopped cloves of garlic, around half a tablespoon each of sugar and smoked salt, and a healthy pour of apple cider vinegar (around a quarter of a cup, maybe?). Bring to a boil, and keep there for around 25 minutes, or until all chilies and peppers can be easily mushed (technical term) with the back of a spoon. 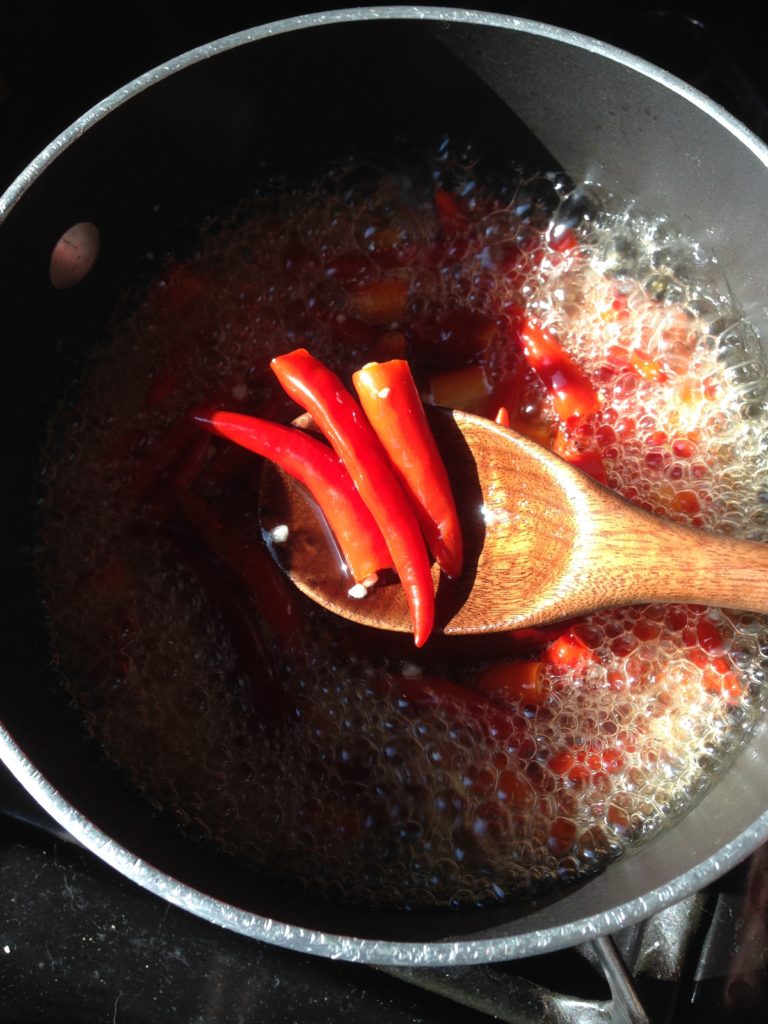 Step three: attempt to blend with an immersion blender; splash hot chili juice over yourself and your computer. Regroup; scrape everything into a food processor and process until no chunks of pepper remain.

Step four: strain through a fine mesh sieve to remove seeds (not necessary—you could totally leave the seeds in, but I wanted to make sure I could squirt the sauce out of a regular Sriracha bottle without clogging the tip). 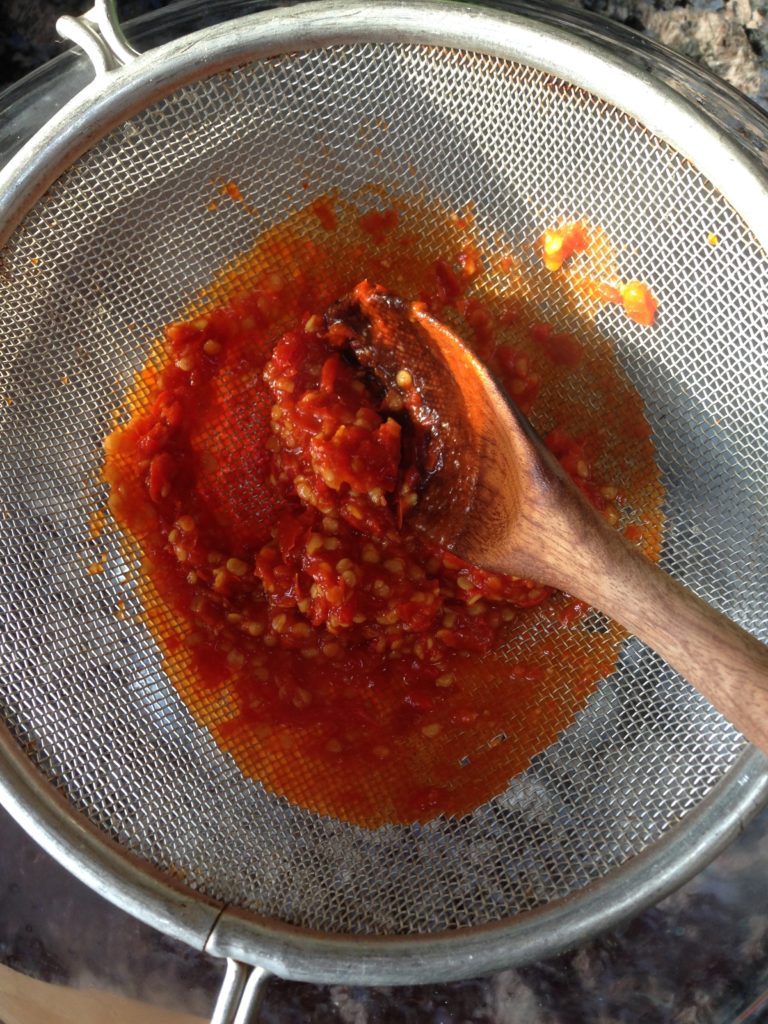 Step five: bottle (in a recycled Sriracha bottle, obviously) and taste. Burn face off, which is how you know it’s good…? I am not at all the right person to evaluate whether this is quality Sriracha or not, or whether there’s any nuance at all to the flavor, as I’m still drinking milk and trying to stop sweating. 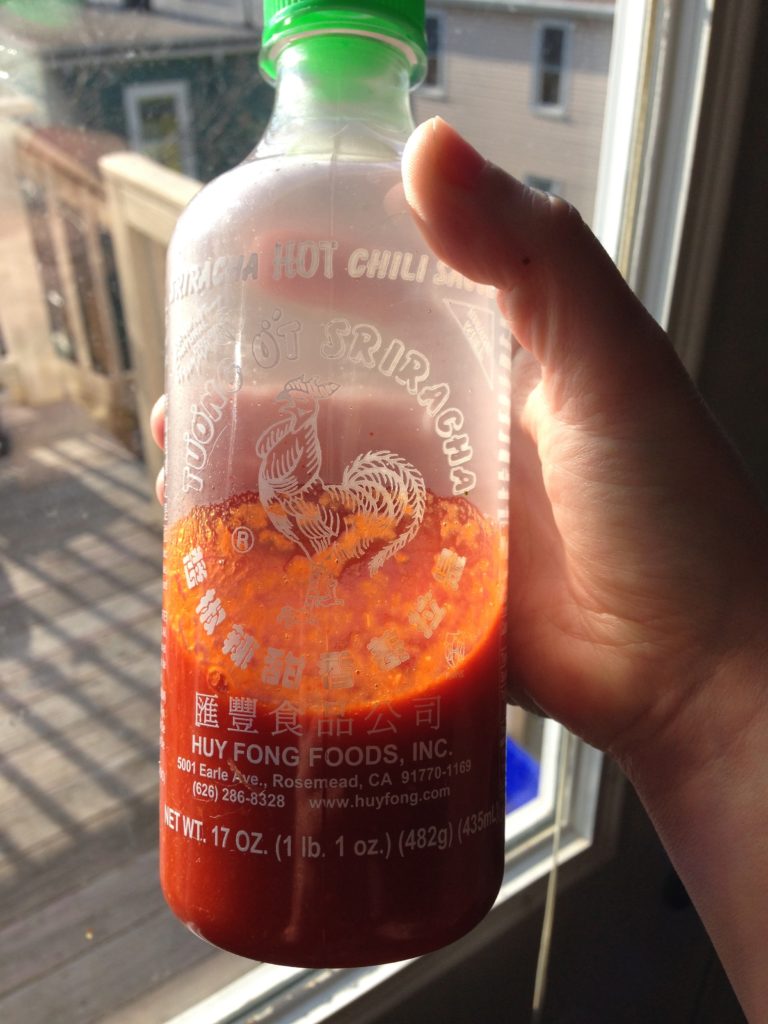