I finally got a chance to catch up on Google Reader today. Some things you should see: 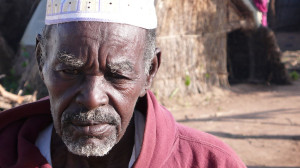 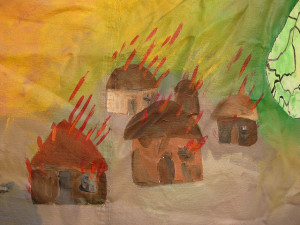 San Francisco Demonstration in Solidarity with Gaza, from isa e

Unless your holiday season involves complete and total hibernation, you’ve probably heard about this weekend’s attacks in Gaza. More than 350 Palestinians and four Israelis have been killed so far, and neither Israel nor Hamas shows any sign of backing down.

A few minutes ago I got an e-mail from Jill York announcing that the Israeli Consulate in New York will be holding a press conference this afternoon to field questions about Israel’s offensive. Slight twist: they’ll be holding it on Twitter, where they set up an account yesterday.

Anyone can submit questions to @israelconsulate, and David Saranga, Consul of Media and Public Affairs in New York, will do his best to answer, either via Twitter or by posting a link to the Consulate’s blog.

Israel isn’t alone in using Twitter to communicate with the public; the United States is getting some Web 2.0 diplomacy action as well. Last week Deputy Assistant Secretary of State for Public Diplomacy Colleen Graffy published an editorial in the Washington Post on her own usage of Twitter to connect to people in the countries she visits. She writes:

Not that long ago, communicating diplomat-to-diplomat was enough. Agreements were reached behind closed doors and announced in a manner and degree that suited the schedule and desires of the governments involved, not the general population. In fact, the public was by and large an afterthought. But the proliferation of democracies and the emergence of the round-the-clock media environment has brought an end to those days. Now, governments must communicate not only with their people but also with foreign audiences, including through public diplomacy.
ad_icon

In short, public diplomacy is the art of communicating a country’s policies, values and culture. If diplomats want to engage effectively with people, we first need to listen, then connect and then communicate. In the part of the world that I know and cover, Europe and Eurasia, most people are tuned in to television, and the younger generation is using text messages and the Internet. So, we need to be there, too.

Graffy’s tweets tend toward the personal (Need to get a new laptop. Have always had a PC. Friends are telling me to get a Mac. I’m scared. Have others survived the transition?), while the Israeli Consulate has focused so far on the upcoming press conference. Still, both efforts represent genuine ventures on the part of government representatives to engage one-on-one with people around the world.

My next piece, co-written with John Liebhardt, is up at Global Voices Online:

Bloggers from around the world are reacting to the International Criminal Court’s recent decision to charge Sudanese President Omar Hassan al-Bashir with multiple counts of genocide, war crimes and crimes against humanity. Many of those bloggers are criticizing the indictments, claiming they are difficult to enforce and that they will bring more unrest to an already unstable nation.

In recent weeks, she had publicly taken on the Taliban extremists — something Musharraf has not dared to do, despite all his bluster and bonhomie with President Bush since the attacks of Sept. 11, 2001. With Bhutto gone, there is no one who can play such a role.

Update: But which book?
Coming Anarchy found an article from Hindustan Times that claims, “In 2002, [Bhutto] sent a book by Robert D Kaplan [to Indian Opposition Leader LK Advani] as a gift, writing a note saying she thought of him when she saw the book.”