I just got back from a screening of Call Me Kuchu, a film about Uganda’s LGTB activist community, at the Brattle Theatre in Cambridge, MA. I’ve been eager to see this film since I first blogged about it in May 2011, and it lived up to the nearly two years of anticipation.

Boston-area folks: it’s also playing at the Salem Film Fest on March 12, 2013. It’s not available in the States yet, so this might be your only chance to see it for a while.

A friend and I just spent four days in Uganda, and I got an email today letting me know that she had put her photos from the trip up on Facebook.

She geotagged the album as taking place in Uganda, and when I clicked on the “Uganda” link, mistaking it for the album title…

…I was redirected here: 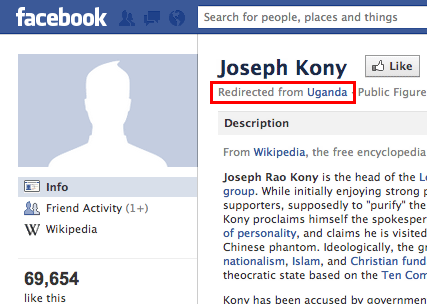 Once again, for those of you who missed it:

and was redirected to:

UPDATE: As of Wednesday morning EST, this appears to be fixed. The country page for the United Kingdom, however, redirects to a page for the Britanica Summer Academy. 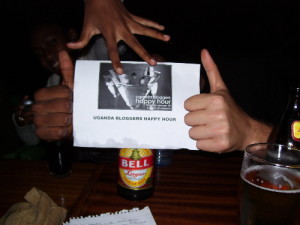 Norbert Mao, whom I met in 2007 while he was the Chairman of Gulu District in northern Uganda and I was putting together a program for American and Ugandan youth on peace building and post-conflict development, has a guest post in Foreign Policy today about Joseph Kony and the Kony 2012 video. The whole piece is worth a read, but two sections are key.

First, Mao’s criticism of film’s support of an American military partnership with the Ugandan government:

It has to be said that official neglect on the part of the Ugandan government is responsible for much of the suffering we witness in Kony 2012—suffering that was brought on by an incompetent counterinsurgency strategy that, at its height, herded over one million civilians into disease infested and poorly protected camps. Right now it is a point of controversy that U.S. troops are standing shoulder to shoulder with certain Ugandan officers who ought to be charged with war crimes. Americans should shudder at this partnership and demand that the Ugandan government hold accountable those members of its military establishment who need to be tried for crimes against humanity.

And second, Mao’s support for the film’s role in forcing discussion about northern Uganda to the forefront of last week’s international media agenda:

It’s clear that the aim of the video was never intellectual stimulation. I don’t think the founders of Invisible Children are the foremost analysts of the complicated political, historical and security dynamics in our troubled part of Africa. They certainly wouldn’t earn high marks in African Studies. But I will go to my grave convinced that they have the most beautiful trait on earth — compassion.

Such sentiments matter, even today. There are those who say the war is over in Northern Uganda. I say the guns are silent but the war is not over. The sky is overcast with an explosive mix of dubious oil deals, land grabs, arms proliferation, neglected ex-combatants, and a volatile neighborhood full of regimes determined to fish in troubled waters. What we have is a tentative peace. Our region is pregnant with the seeds of conflict. The military action in the jungles of Congo may capture Kony, but we need to do more to plant the seeds of peace founded on democracy, equitable development, and justice. Like peace, war too has its mothers, fathers, midwives, babysitters, and patrons. Perhaps Kony 2012 will help sort out the actors. The video has certainly shaken the fence, making fence-sitting very uncomfortable, indeed.

Lots to chew on, there.