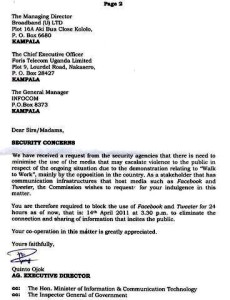 Whether it’s Walt Disney recycling the Brothers Grimm, Stephen King doing variations on a theme of Bram Stoker, or James Joyce mashing Homer up with, well, everything, there’s no innovation that isn’t a reworking of what’s already there. An innovative work without cultural roots would be literally unintelligible. So, incentives that require overly-strict restrictions on our use of cultural works directly diminish the innovativeness of that culture.

The facts are in front of us, in overwhelming abundance. The signature works of our new age are direct slaps in the face of our old assumptions about incentives. Wikipedia was created by unpaid volunteers, some of whom put in so much time that their marriages suffer. Flickr has more beautiful photos than you could look at it in a lifetime. Every sixty seconds, people upload twenty hours (72,000 seconds) of video to YouTube — the equivalent of 86,000 full-length Hollywood movies being released every week. For free. The entire Bible has been translated into LOLcat (“Oh hai. In teh beginnin Ceiling Cat maded teh skiez An da Urfs, but he did not eated dem.”) by anonymous, unpaid contributors, and while that might not be your cup of tea — it is mine — it is without dispute a remarkably creative undertaking.

From Amanda French’s “Imagine a National Digital Library: I Wonder If We Can”:

…the Korean dibrary [digital library] is not just about fancy physical spaces or symbolic cartoon characters: it’s very much about providing a whole set of national library services for Korea. In September 2009, just a few months after the dibrary first opened, Korean law was altered in order to give Korean dibrarians the authority to collect and indeed responsibility for collecting Korean data from the open web. Certain kinds of data were legally required to be deposited in the national digital library so as to enable not only preservation but also “the production and distribution of alternative materials for the disabled.” Now centrally coordinated by the National Digital Library of Korea are all kinds of digital services, from training programs to inter-library loan. The dibrary is even charged with creating a “one card system that gives access to 699 public libraries nationwide,” a system scheduled to go live in 2012. And once Korea has fully nationalized as many library materials and services as it can, it’s apparently not going to stop there: last summer a meeting was held to plan a China-Japan-Korea Digital Library, an Asian digital library or portal modeled after The European Library project. To me it sounds like the second step toward the single digital library filed contentedly away in the humming systems of the starship Enterprise, waiting to be addressed with a question: “Computer . . .”

In 2001, instead of paying heavily for votes, you could reduce the votes of your candidate’s opponent by killing off some of his voters.

The more subtle methods used could include driving an army truck through a crowd of his supporters.

In 2006, things could get a bit more direct and you could fire a sub-machinegun into a crowd of the supporters of your candidate’s rival in broad daylight in the capital city.

But come 2011, things have become more humane and it is market forces that are determining the direction of flow of votes.