One of my favorite lectures at SIPA was Paul Thurman’s last lecture for Quantitative Analysis for International & Public Affairs.

Stats is required for every SIPA student, not just those concentrating in economic development or international finance, and a lot of people hate it in the same way that high school students hate math. Thurman was tasked with the very tough job of convincing us that it was relevant to each and every one of our careers. After a semester of practice sets and STATA and normal distributions and t-tests and midterms, Thurman sat us down, flipped on a projector, and pretty much convinced us all.

We had just finished presenting our final projects, which (he teased) had probably been rush jobs—all nighters pulled in the library frantically running multiple regressions. He asked us to walk through another rushed stats project with him to see if we could figure out what had gone wrong. The slides he put up were partially blacked out to protect the confidentiality of the client, but the essence was that a set of tests to identify possible correlations between temperature and the failure of a certain mechanical part were being horrifically misinterpreted.

Turns out the mechanical part was an O-ring—the O-ring that failed on an unusually cold day in January 1986, causing the Challenger to explode.

While the engineers in charge of determining safety—people whose jobs it was to run the numbers and interpret the math—had correctly identified this as a problem, multiple people at other layers of the project—managers at both NASA and Morton Thiokol, the contracting company responsible for building the O-rings—had decided to go ahead with the launch anyway.

Thurman’s point was that statisticians, engineers, and data geeks aren’t the only ones who need to pay attention to the numbers. Most of us would at some point be in a position where we would need to make decisions based on quantitative analysis, and given our collective interest in development, finance, and economics, many of these decisions could have real, serious impact on people’s lives. He then put a photo of his kids up on the screen and charged us with making sure, essentially, that we didn’t fuck things up for them or future generations.

(It sounds almost unforgivably hokey now, but I wasn’t the only one with goosebumps, and some people actually cried.)

(In case you’re not up for 9 minutes of Modern Marvels: because “one tenth of a second” can’t be represented precisely in binary, the clock on early versions of the Patriot missile lost precision over time. Because of this error, the missile failed to intercept an incoming Iraqi missile during the Gulf War, leading to the deaths of 28 American soldiers. A short explanation is here.)

To sum up: numbers are really important.

I was out of town this weekend, blissfully disconnected from phone and Internet. I came back to find out that since I blogged about Columbia’s School of International and Public Affairs warning students not to discuss Wikileaks online if they ever want to work for the State Department, the story has, well, exploded.

The Huffington Post got in touch with State Department spokesperson Philip J. Crowley, who said the SIPA alum who e-mailed the Office of Career Services was acting of his own volition:

This is not true. We have instructed State Department employees not to access the WikiLeaks site and download posted documents using an unclassified network since these documents are still classified. We condemn what Mr. Assange is doing, but have given no advice to anyone beyond the State Department to my knowledge….

If an employee of the State Department sent such an email, it does not represent a formal policy position.

So it looks like the blame for OCS’s ridiculous “advice” falls squarely on the shoulders of SIPA, then. Excellent.

Yesterday a friend forwarded me a link to a blog post about Wikileaks. Not surprising, given the number of Wikileaks-related blog posts that are floating around the Internet in the wake of the organization’s release of a quarter of a million U.S. Embassy cables. But this blog post was different: this blog post referenced the Columbia University School of International and Public Affairs (SIPA), from which I graduated six months ago.

The author reposts an e-mail sent from SIPA’s Office of Career Services to all current students. It reads:

From: “Office of Career Services”

We received a call today from a SIPA alumnus who is working at the State Department. He asked us to pass along the following information to anyone who will be applying for jobs in the federal government, since all would require a background investigation and in some instances a security clearance.

The documents released during the past few months through Wikileaks are still considered classified documents. He recommends that you DO NOT post links to these documents nor make comments on social media sites such as Facebook or through Twitter. Engaging in these activities would call into question your ability to deal with confidential information, which is part of most positions with the federal government.

I’m currently happily employed at the Berkman Center for Internet & Society, but while I was at SIPA I seriously considered a career in the Foreign Service. I applied for (and was offered) a summer internship at the State Department, and I coordinated a conference on Policy Making in the Digital Age, at which the State Department’s Director of the Office of eDiplomacy and a representative of the Office of Innovative Engagement spoke.

I guess I can kiss that possible alternate career path goodbye, given that I tweeted a link yesterday to an article about CableGate. Seriously, State Department? This is all over the news. What’s more, it’s become a focal point for discussions on how digital technology is changing our expectations for government transparency (for those who’ve forgotten: the State Department is big on using tech to promote transparency in other countries. Just not here in the US?).

Seriously, SIPA? As fellow SIPA alum Ben Colmery pointed out in a comment on my Facebook wall, since when does having an opinion about a site leaking documents equate to actually leaking documents oneself? You claim to provide committed students with the necessary skills and perspectives to become responsible leaders. Apparently that means curtailing their academic freedom and teaching them how to bury their heads in the sand.

Update, December 6: The State Department is denying that it provided “advice to anyone beyond the State Department” regarding Wikileaks and claiming the information in the OCS email “does not represent a formal policy position.”

I’m nearing the end of grad school and starting to get a bit nervous about finding a job.

I’m nearing the end of grad school and starting to get a bit nervous about finding a job. Google spreadsheets full of companies, NGOs and university research institutes — some hiring, more not — are constantly open in Firefox, Idealist is constantly being refreshed, networks are being tapped. There is an abundance of stress.

I was cleaning out a drawer yesterday and ran across a stack of index cards held together with a yellow binder clip. In the statistics class I help teach at SIPA, I ask my students to write down an interesting fact about themselves on the first day of class. It’s a fun way to get to know people, and sometimes it’s easier for me to remember who’s afraid of emus or whose favorite color is mauve than whose name is Greg or Jamie.

I shuffled through the cards before tossing them in the recycling bin and came across one I had forgotten, less “interesting fact” and more “dark confession”:

I was almost singlehandedly responsible for the near collapse of global capitalism in my former career.

You know? All things considered, my life could be much worse. 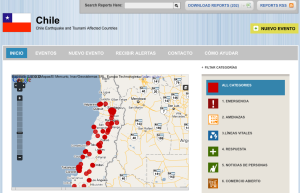